A scattering transform is a non-linear signal representation that builds invariance to geometric transformations while preserving a high degree of discriminability. These transforms can be made invariant to translations, rotations (for 2D or 3D signals), frequency shifting (for 1D signals), or changes of scale. These transformations are often irrelevant to many classification and regression tasks, so representing signals using their scattering transform reduces unnecessary variability while capturing structure needed for a given task. This reduced variability simplifies the building of models, especially given small training sets.

The scattering transform is defined as a complex-valued convolutional neural network whose filters are fixed to be wavelets and the non-linearity is a complex modulus. Each layer is a wavelet transform, which separates the scales of the incoming signal. The wavelet transform is contractive, and so is the complex modulus, so the whole network is contractive. The result is a reduction of variance and a stability to additive noise. The separation of scales by wavelets also enables stability to deformation of the original signal. These properties make the scattering transform well-suited for representing structured signals such as natural images, textures, audio recordings, biomedical signals, or molecular density functions.

Let us consider a set of wavelets

, such that there exists some

, we define its scattering coefficient of order

corresponding to the sequence of frequencies

More details about our implementation can be found in Information for developers.

The 1D scattering coefficients computed by Kymatio are similar to those of ScatNet [AndenSM+14], but do not coincide exactly. This is due to a slightly different choice of filters, subsampling rules, and coefficient selection criteria. The resulting coefficients, however, have a comparable performance for classification and regression tasks.

The 2D implementation in this package provides scattering coefficients that exactly match those of ScatNet [AndenSM+14].

The 3D scattering transform is currently limited to solid harmonic wavelets, which are solid harmonics (spherical harmonics multiplied by a radial polynomial) multiplied by Gaussians of different width. They perform scale separation and feature extraction relevant to e.g. molecule structure while remaining perfectly covariant to transformations with the Euclidean group.

The current implementation is very similar to the one used in [EEHM17], and while it doesn’t correspond exactly, it makes use of better theory on sampling and leads to similar performance on QM7.

is a Tensor of size

, the output of the 1D scattering transform is of size

is the number of scattering coefficients and

is the maximum scale of the transform. The value of

. It is roughly proportional to

Let us assume that

is a tensor of size

via a Scattering Transform with scale

angles will have size:

For an input array of shape

, a solid harmonic scattering with

spatial averaging will result in an output of shape

The current configuration of Solid Harmonic Scattering reflects the one in [EEHM17] in that second order coefficients are obtained for the same angular frequency only (as opposed to the cartesian product of all angular frequency pairs), at higher scale.

The Kymatio API is divided between different frontends, which perform the same operations, but integrate in different frameworks. This integration allows the user to take advantage of different features available in certain frameworks, such as autodifferentiation and GPU processing in PyTorch and TensorFlow/Keras, while having code that runs almost identically in NumPy or scikit-learn. The available frontends are:

To instantiate a Scattering2D object for the numpy frontend, run:

Alternatively, the object may be instantiated in a dynamic way using the kymatio.Scattering2D object by providing a frontend argument. This object then transforms itself to the desired frontend. Using this approach, the above example becomes:

In Kymatio 0.2, the default frontend is torch for backwards compatibility reasons, but this change to numpy in the next version.

The NumPy frontend takes ndarrays as input and outputs ndarrays. All computation is done on the CPU, which means that it will be slow for large inputs. To call this frontend, run:

This will only use standard NumPy routines to calculate the scattering transform.

For scikit-learn, we have the sklearn frontend, which is both a Transformer and an Estimator, making it easy to integrate the object into a scikit-learn Pipeline. For example, you can write the following:

which creates a Pipeline consisting of a 2D scattering transform and a logistic regression estimator.

If PyTorch is installed, we may also use the torch frontend, which is implemented as a torch.nn.Module. As a result, it can be integrated with other PyTorch Modules to create a computational model. It also supports the cuda(), cpu(), and to() methods, allowing the user to easily move the object from CPU to GPU and back. When initialized, a scattering transform object is stored on the CPU:

We use this to compute scattering transforms of signals in CPU memory:

If a CUDA-enabled GPU is available, we may transfer the scattering transform object to GPU memory by calling cuda():

Transferring the signal to GPU memory as well, we can then compute its scattering coefficients:

Transferring the output back to CPU memory, we may then compare the outputs:

These coefficients should agree up to machine precision. We may transfer the scattering transform object back to the CPU by calling cpu(), like this:

If TensorFlow is installed, you may use the tensorflow frontend, which is implemented as a tf.Module. To call this frontend, run:

This is a TensorFlow module that one can use directly in eager mode. Like other modules (and like the torch frontend), you may transfer it onto and off the GPU using the cuda() and cpu() methods.

For compatibility with the Keras framework, we also include a keras frontend, which wraps the TensorFlow class in a Keras Layer, allowing us to include it in a Model with relative ease. Note that since Keras infers the input shape of a Layer, we do not specify the shape when creating the scattering object. The result may look something like:

where we feed the scattering coefficients into a dense layer with ten outputs for handwritten digit classification on MNIST.

The backends encapsulate the most computationally intensive part of the scattering transform calculation. As a result, improved performance can often be achieved by replacing the default backend with a more optimized alternative.

For instance, the default backend of the torch frontend is the torch backend, implemented exclusively in PyTorch. This is available for 1D, 2D, and 3D. It is also compatible with the PyTorch automatic differentiation framework, and runs on both CPU and GPU. If one wants additional improved performance on GPU, we recommended to use the torch_skcuda backend.

This backend can be specified via:

Each of the other frontends currently only has a single backend, which is the default. Work is currently underway, however, to extend some of these frontends with more powerful backends.

We compared our implementation with that of the ScatNet MATLAB package [AndenSM+14] with similar settings. The following table shows the average computation time for a batch of size

, or a total of about

seconds of audio sampled at

The CPU tests were performed on a 24-core machine. Further optimization of both the torch and skcuda backends is currently underway, so we expect these numbers to improve in the near future.

We compared our implementation the ScatNetLight MATLAB package [OM15] and a previous PyTorch implementation, PyScatWave [OZH+18]. The following table shows the average computation time for a batch of size

The CPU tests were performed on a 48-core machine.

. This means that eight different volumes of size

were processed at the same time. The resulting timings are:

The CPU tests were performed on a 24-core machine. Further optimization of both the torch and skcuda backends is currently underway, so we expect these numbers to improve in the near future.

If you use this package, please cite the following paper: 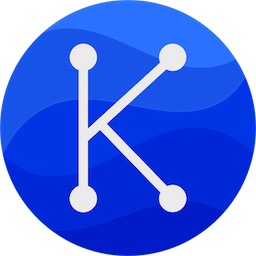